Humans can’t thrive without bees—but bees themselves are struggling. Beekeepers lost nearly four in 10 honeybee colonies last year, for example, and bees in general are part of an “unnoticed insect apocalypse” that threatens nearly half of all insects on the planet.

“It’s not just one problem; it’s a multitude of interacting factors that are affecting each other,” says Samantha Alger, Ph.D, an expert on pollinators and Gund Institute Affiliate from the University of Vermont’s College of Agriculture and Life Sciences. She points to pesticides, fungicides, pests, habitat loss, poor nutrition, and climate change as major factors affecting the well-being of bee populations. Here, a guide to the issues bees face—and how we can help them bounce back.

Commercial beekeepers tend to hundreds of beehives at a time, transporting them by the truckload from one state to another to pollinate crops. These managed honey bees, Dr. Alger says, are more of a livestock animal than anything else—and although large portions of honeybee colonies may die during winter, the remaining colonies can be split to sustain the population. “While they’re definitely having problems, beekeepers are good at making more honey bees,” Dr. Alger says.

The problem is that this approach is unlikely to be sustainable in the long run, especially because the surviving bees face other challenges: pesticides, poor nutrition, and pests.

The rise of industrialized agriculture means that a variety of pesticides and fungicides is harming pollinators, but one group of chemicals is particularly lethal. Neonicotinoids, a class of insecticides related to nicotine, do not kill bees on contact—but these slow-acting chemicals are poison to a colony. “The chemical goes into the bee and spreads a paralyzing pain to their whole body,” Desipris says. “These bees can pass it to fellow members of the hive.” What’s more, neonicotinoids linger in the soil for years before disintegrating.

Concerns over neonicotinoids’ effect on pollinators led the European Union to institute a ban in 2018. Stateside, the U.S. National Wildlife Refuge System banned their use within the system in 2014, but the Trump Administration reversed the decision last year—a move that is now being challenged in court.

Commercially farmed honey bees may travel thousands of miles each year by truck, which means they’re rarely in one spot long enough to establish a homeostatic environment. “Thousands of hives get moved around the country to pollinate different crops at different times of the year,” Desipris says. Normally, a honey bee would flit from one flower to another, drinking nectar and producing honey for their larvae.

But away from a stable home, and busy pollinating one crop after another, honey bees can struggle to develop a proper diet. And with so much land taken up by livestock, turf grass, and non-flowering crops like corn, bees encounter one food desert after another. “Corn and soybeans don’t offer a lot for bees,” says Dr. Alger. “When you’re driving out west and you see those vast areas of cornfields and nothing else, you have to ask: how can a pollinator possibly thrive in that environment?”

Simply put, they can’t—but they need to eat. “Some commercial beekeepers feed the bees sugar water and pollen supplements,” Desipris says. “But that’s a poor diet. Imagine if you only ate sugar. Obviously, your health would decline very rapidly.” And that makes bees even more vulnerable against their enemies.

In less than 40 years, the tiny varroa mite has become one of the biggest threats to honey bees. The blood-sucking parasite feeds on bees, spreading viruses with its every snack. “Because the bees are dying and sick, beekeepers get them antibiotics,” Desipris says. “But they’ve had a terrible diet because they’ve been eating only sugar, so it’s a vicious cycle that results in commercial beekeepers losing 40 percent of their colonies in any given year.”

How you can help

Both Dr. Alger and Desipris say that despite the size of these problems, they can be addressed through a combination of individual actions and collective efforts.

This is the big one. “We need to restructure the way we grow food,” Desipris says. “If we continue to grow in a monoculture style, we need to eliminate the use of pesticides as much as possible.”  One person may not be able to implement systemic change alone, but shopping at the farmers’ market is a way to support biodiversity and more sustainable practices.

If you can, that is. “If you buy organically, then at least you know the bees that were foraging on plants that weren’t being hit with pesticides every day,” Desipris says. Plus, if you choose local honey, you can feel confident in what you’re buying. “There’s a lot of adulterated honey made with corn syrup,” Dr. Alger explains. If you see cheap honey in a big-box store, for example, it’s probably been adulterated. “Honey from the farmers’ market is unlikely to be from those sources,” she says. 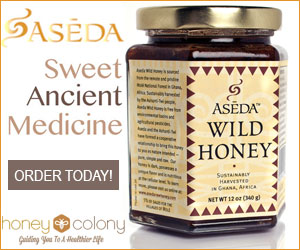 Beeswax and royal jelly are common ingredients in beauty products, but using them may have unintentionally negative effects on bees. For instance, royal jelly is the rare and prized substance given to queen bees. “I have a strong aversion to using royal jelly in products,” Desipris says. “The way it’s harvested from the hive is intensive, and basically you have to kill the larva to get to it.”

The harvesting of beeswax, made from the honeycomb of the colony, isn’t as disruptive, Desipris says—but given the option of clean ingredients that work just as effectively, why not leave the wax for the bees? Moisture Lock Lip Balm and other products from True Botanicals is made with sustainable palm wax instead of beeswax—making it a bee- and vegan-friendly choice to soothe lips all winter long.

“If everyone were to plant part of their yards with wildflowers, that could have a huge impact to improve habitat for pollinators,” Dr. Alger says, pointing out that native pollinators in the wild need extra help as they face changing ecosystems due to climate change.  “Wild bees are becoming endangered and that’s a bigger concern, because no beekeeper is managing them to make more of them. Once they’re gone, they’re gone.”

Do you have the Capsule Makeup Kit?

It's the ultimate collection of makeup bag essentials from the best CF brands. Let me know where to send your FREE copy

How to Have Cruelty Free Gorgeous Eyelashes

How to Create a Cruelty Free Beauty Blog

Get a FREE copy of our Capsule Makeup Kit Book!

Hey there! I’m Emily. As a lifetime animal lover and advocate, I believe there are more ethical and kinder options over animal testing. Simply by being more mindful we can live in a kinder world. By choosing cruelty free products we also help improve the health of our planet for future generations. Get the complete list here. 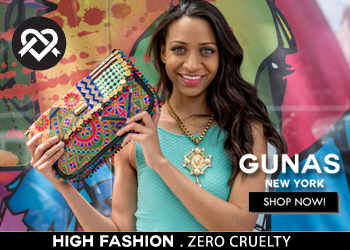 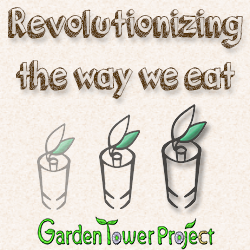 Get a FREE copy of our Cruelty-Free Capsule Makeup Kit Book!